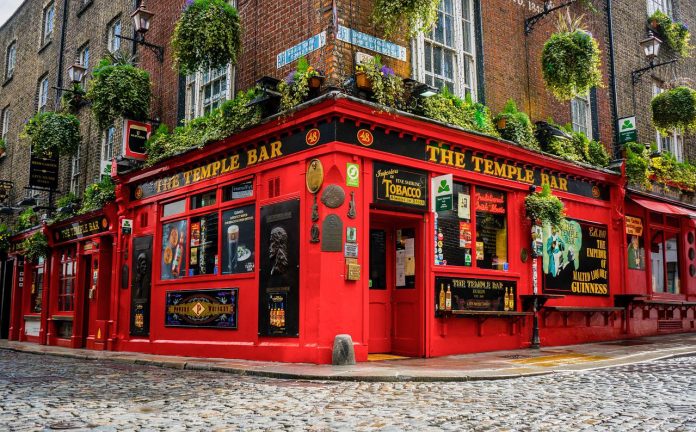 Ireland is known for having happy and welcoming people. And one of the places where you can feel this positive energy of the city is Temple Bar, in the heart of Dublin.

It is one of the most famous neighbourhoods in the city, and why not even in the country itself? This is where the oldest pubs in Ireland are located.

The history of the neighbourhood itself is very cool. It goes back to the time of the Vikings when they dominated the country and went through many ups and downs until the 20th century.

Since then, the place has become a true meeting point in Dublin, with a very busy nightlife full of life. And options abound there.

What’s to do in Temple Bar?

Temple Bar is 750 meters long and lies between Westmoreland Street and Fishamble Street and another 190 meters between the River Liffey and Dame Street is Temple Bar.

In the neighbourhood, there are many cool things to do, and you can visit art galleries, restaurants of various nationalities, theatres, concert halls, charming cafes, museums, and of course, a lot of excitement.

After all, the most traditional pubs in Ireland are there. There are many scattered around the blocks. But it’s not just a pub that stands out in the heart of Dublin. Are many.

What are the main pubs in Temple Bar?

There are many pubs located in the most popular area of ​​the Emerald Isle, but among the main ones we can mention:

It is worth mentioning that the Temple Bar given its name to the neighbourhood is the most famous in the area. It was created in 1840 and surpassed even the decadent period of the neighbourhood.

The best pints in Ireland are served there, and the musical program is really cool. Especially because there is a lot of traditional Irish music there.

Music ranges from Celtic and Gaelic traditions to bands and singers such as The Dubliners, U2, Sinead O’Connor and The Cranberries.

A must-see spot in Temple Bar is the Irish Rock N Roll Museum. There you will learn stories of Irish bands and artists in a kind of time warp.

To give you an idea, you’ll have exclusive memorabilia from artists such as U2, Thin Lizzy, Sinead O’Connor and many others.

It should be noted that Ireland has a pretty cool list of iconic names in rock and pop music. And you will know this story through objects, videos and even unique experiences.

The museum is very close to the Button Factory, which is a concert hall that receives big names in national and international music, even Brazilian ones.

In addition, concert halls and theatres abound there. You can be sure that you will have a great time on the Emerald Isle. Did you like the article? Then share it with all your friends on your social networks and help spread this information. 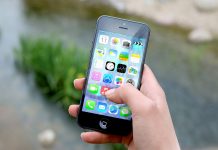 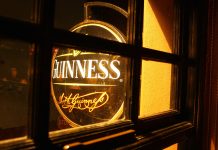 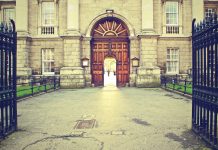 Autumn in Dublin: know what to do in the city this season