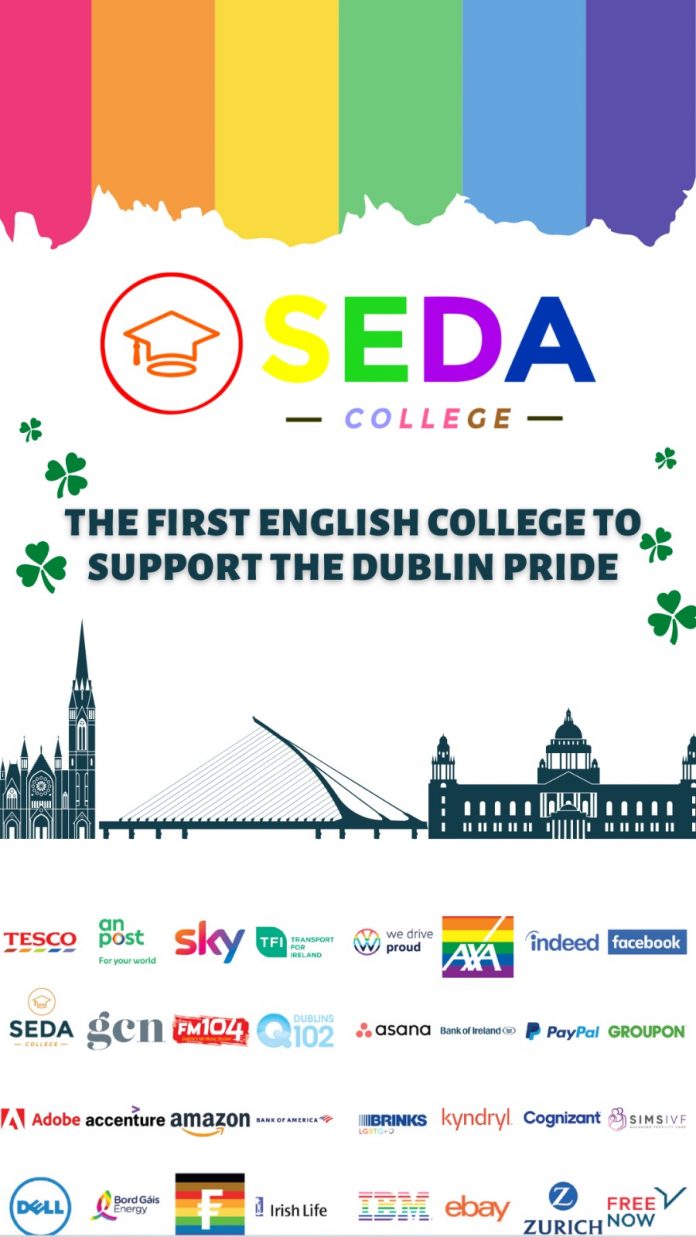 The Pride Parade in Dublin this year is going to count on the support of SEDA College which is the first English school participating in the event.

According to the official site of the parade: “The Pride Parade is a celebration of LGBTQ+ people and culture, the highly visible spectacle of the parade plays an important role in promoting diversity, inclusion and belonging within society. It’s an opportunity to showcase the many LGBTQ+ organisations working within our community along with ally groups who take a visible stand in support of LGBTQ+ people. Since the first Dublin Pride Parade in 1983, it has grown to become one of the most popular and loved events within the city and continues to change the hearts and minds of many people. The Pride Parade is also a major fundraising event for many LGBTQ+ community organisations with both individuals and businesses raising vital funds each year through Pride. The Dublin Pride Parade is one of the most coordinated events in the country with over 250 different groups taking part. In order to ensure the safety and comfort of everyone involved it is necessary for groups taking part to register in advance”.

Important partners are making part of this as Facebook, Google, and Indeed. Other companies such as Amazon, Accenture and SalesForce.

SEDA College supporting the cause

As an education institution, it’s our role in society to support causes and gives them a voice to speak about their difficulties and fights. The CEO, Tiago Mascarenhas spoke about our participation in the parade: “We are very happy and proud to be one of the partners supporting this cause. It’s for sure the first of many years”.

The Parade is going to be on June 25th. Workers and students from SEDA are going to be there representing our school. 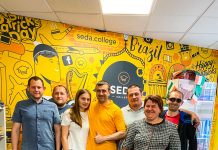 The Students’ Perspective – SEDA’s Interactive English programme: The Role of the Media in Today’s World 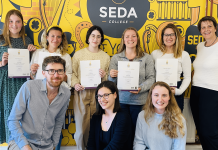 The Students’ Perspective – SEDA’s Interactive English programme: The Role of...

SEDA College is the first English school to participate in Dublin...