As soon as the students get here in Dublin, they might feel a little bit confused with many different locations and places. Sometimes they even feel uncomfortable to go somewhere because they are not totally ok with the city’s main attractions, etc. So what about having someone to take them to some specific places and telling them brief stories about important sites in the city. That’s exactly what we do on the Walking Tour with SEDA. So let’s take a look at what new students experience in their first day at school.

The induction day – the student’s first day at school – is really important and quite decisive. Not only in terms of getting information about their visa process or information about their school schedule, but also because SEDA College takes them on a walking tour. The main purpose of the walking tour is to make the students feel more familiar with some places in the city and also feel Dublin’s environment.

The first stop of the tour is O’Connell Bridge. We show them how lovely and charming the place is and then we start giving them some valuable information, like the division of the city between the north side (Postcodes in odd numbers) and south side (Postcodes in pair numbers). We also recommend them to buy a bike in case their houses are far from the school.  We also tell them that they can call 999 for the ambulance, firefighters, the Garda or even if they get lost somewhere. 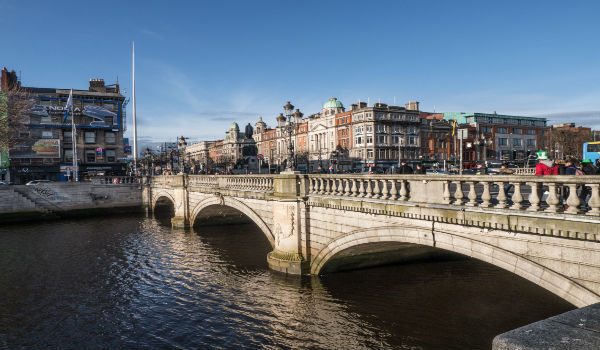 The second stop is Dublin Castle. There we tell them a brief story about the importance of this place for the story of Dublin and we also tell them that they can go to some places in the country for free in the first Wednesday of the month by visiting www.heritageireland .ie. We tell them that all the National Museums are for free and we also recommend them that in case they go to Phoenix Park it is not allowed to feed the wild deer with industrial food or take pictures of them because it is said the animals are wild and they might attack them. 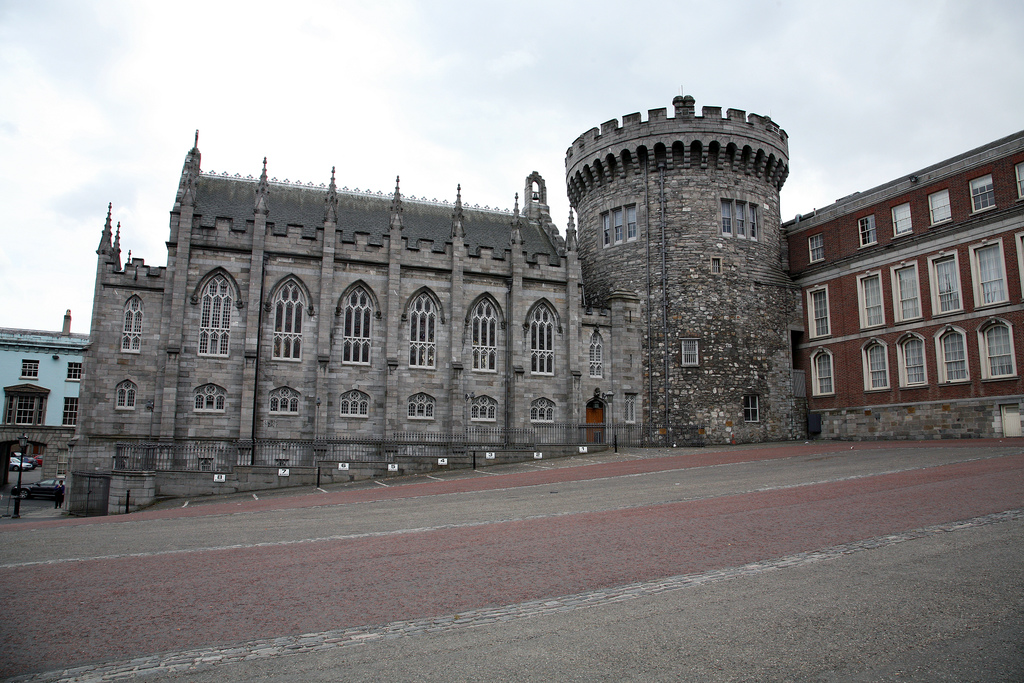 The third stop is Molly Malone’s statue. This part is the student’s favorite because the story about Molly Malone is very catchy and very interesting. We tell them that she was a fishmonger – a person who fishes and sells his/her fishes – during the day. During the night, she used to sell her body because the story says that she was a prostitute. We don’t know if this story is real or not, but the fact is that Molly Malone is one of the most famous personalities of Dublin. There is a tale about her statue too: If the students touch her breast, they will be given the chance to make a wish. Lovely, isn’t it? 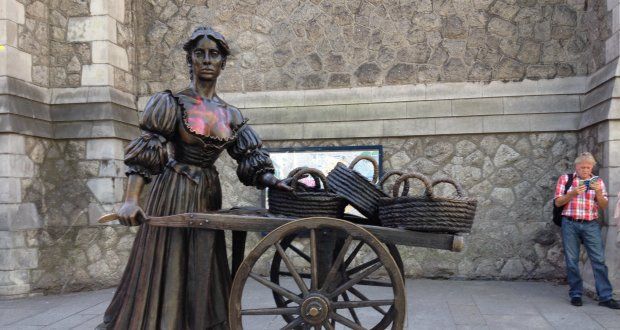 The next stop is Trinity College. This is probably the most important part of the tour, not only because Trinity is an amazing and important place, but also because it is where the students can get their leap cards – the card that allows them to take buses for lower fares. Once we get there, we tell the students a curious story about the arc at the beginning of the campus which is: If a student from Trinity College passes beneath the arc and its bell rings, that means that he/she will fail all their exams. Of course, this is a tale but the fact is that you really won’t be able to find any students passing through the place. We also let them know about the Books of Kells. The biggest hand-written library in Europe, and that’s where some scenes from Harry Potter and Star Wars were recorded. The time there is really worth it. 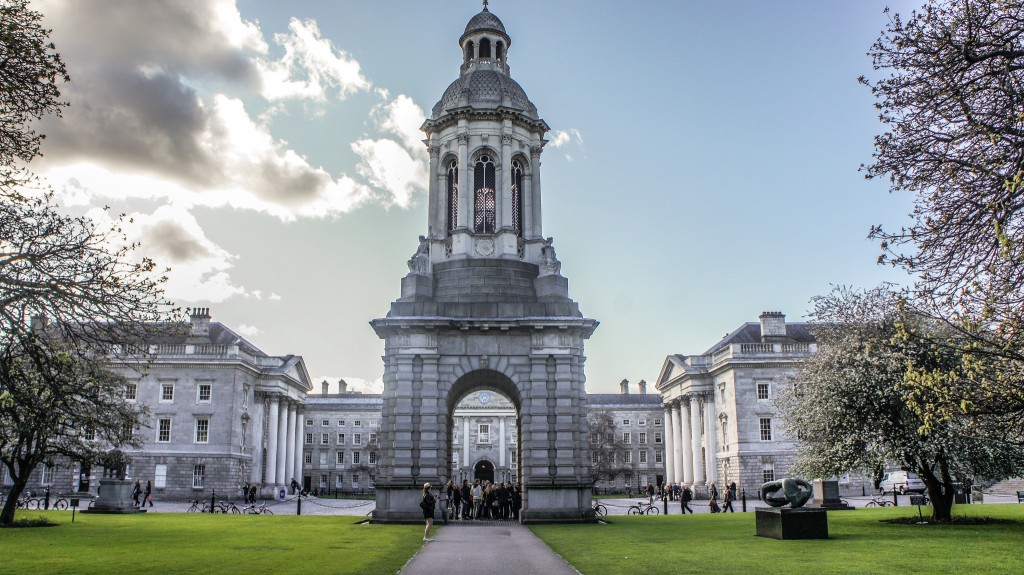 The next stop of the Walking Tour with SEDA is Temple Bar. This place is interesting because everybody thinks that Temple bar is only that famous red pub from the pictures when they search for “Dublin” on Google. The truth is that Temple Bar is the whole site and that’s why they should be careful in case of somebody inviting them to the pub itself because they need to make sure of the exact location. We also tell them that Temple Bar is the heart of the city. That’s where people gather, especially on Fridays and Saturdays, to have the famous Irish sesh. The students usually love this part. 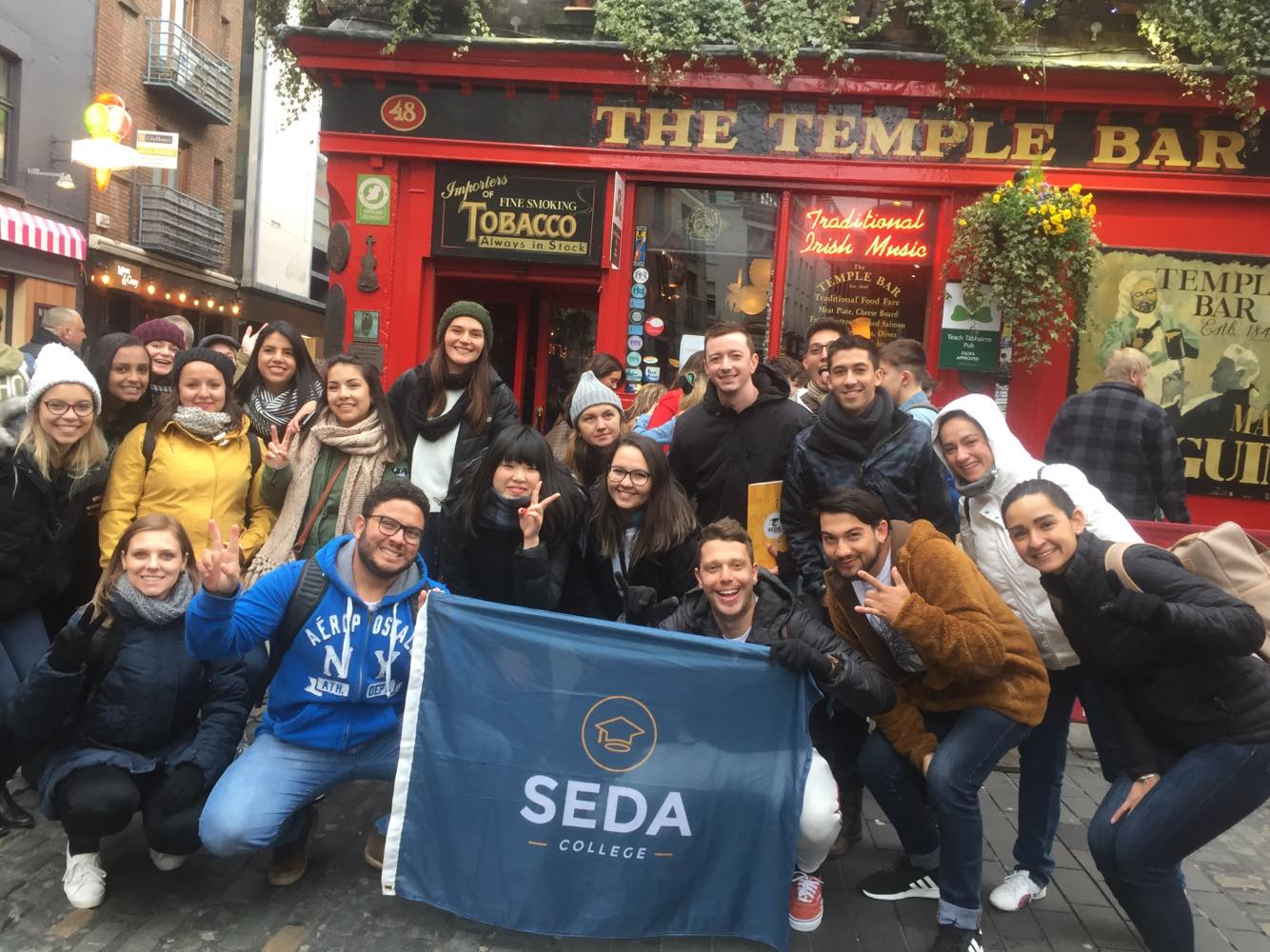 At last but not least, the final one is the Postal Office at O’Connell Street. Right beside The Spire, the Postal Office is extremely important for those students who have brought their money in cash, because this is exactly where they can get the postal money orders to prove their balance of 3.000 euro at the Immigration Office. https://mommabe.com We also tell them that they can see some projectile marks spread all over the building’s structure. That’s because some important fights for the Irish independence happened at the place. Finally, we tell them that the Walking Tour with SEDA is over and they can go home or go back to the school. 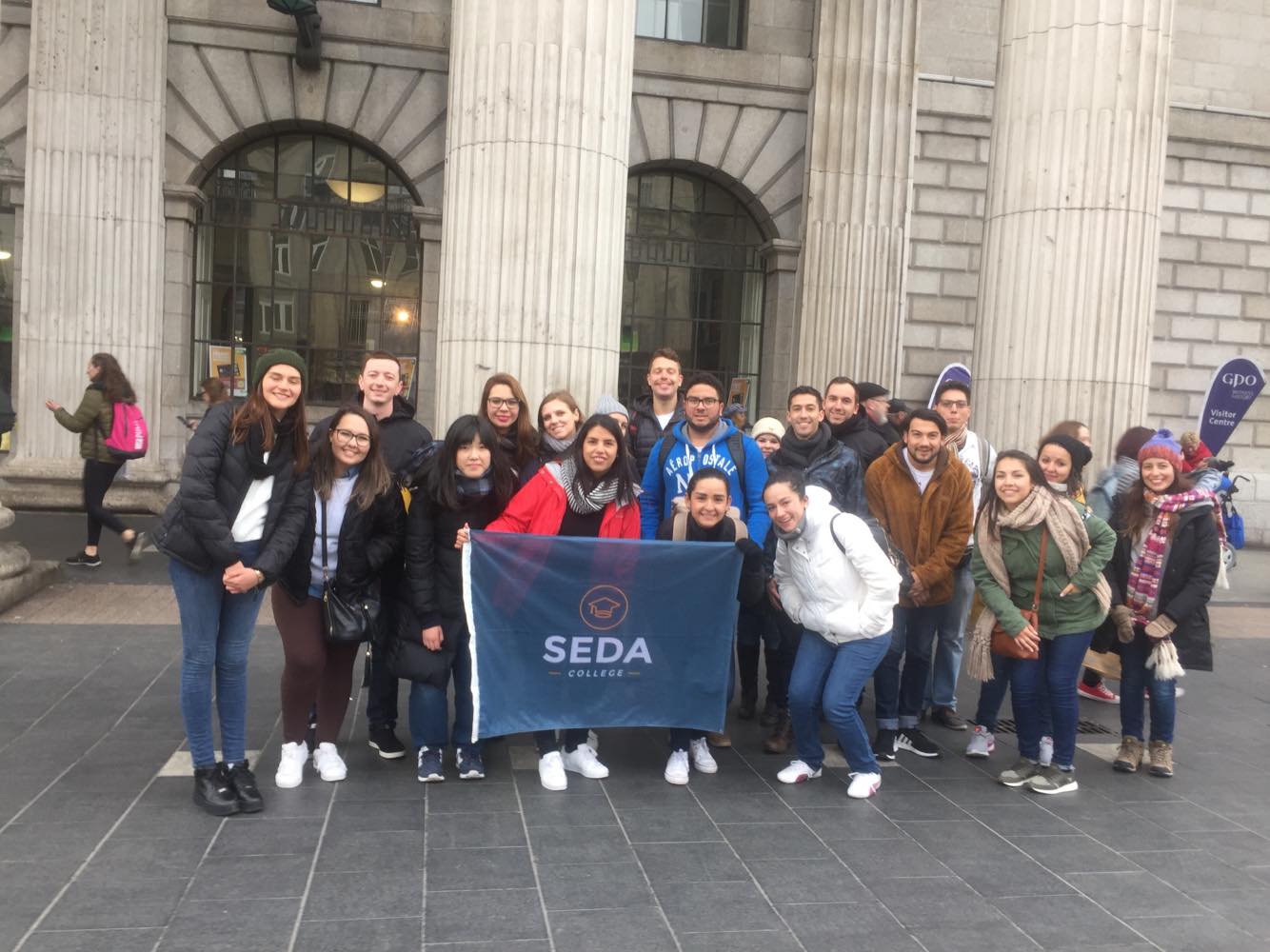 The students usually love the Walking Tour with SEDA, because they take a lot of pictures of the places and of course of themselves. 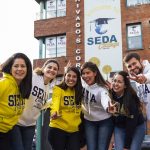 20 reasons to study at SEDA CollegeBlog 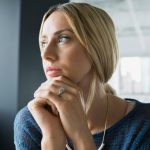 8 most common mistakes in your exchangeBlog