From Venezuela to Fair City

You may have seen Javier Pedroza at SEDA – but the Venezuelan student also makes regular appearances on Irish TV screens. Javier has had multiple small roles on Fair City – Ireland’s longest running and best-loved soap opera.

Javier, where are you from and what did you do before coming to Ireland?

My name is Javier Pedroza, I’m from Venezuela and I’m 25 years old. I worked as an Environment Engineer and I also used to work as a model in Venezuela before coming to Ireland and SEDA. Modelling opened the doors to acting for me. I made several adverts, some shorts films. I also worked as a presenter for a TV show and did some theatre.

How long have you been in Ireland?

I’ve been here for nearly a year. I decided to move to Ireland because all my life I`d dreamed to learn a new language and study abroad. I did some research and discovered Ireland – it seemed perfect and it really is a perfect place!

How did you find your acting job on RTE? What shows have you appeared in?

I worked in a lot of jobs when I arrived in Dublin, and I started to get to know people involved in the theatre world. This is how I registered with an acting agency in Dublin and this is how I’ve been able to find acting jobs. I usually work as an extra actor in Fair City every week. The roles change all the time. Sometimes I play the waiter in a café, sometimes I’m a barman in a pub, and at other times I just have to exchange a few lines with the main actors…

Working as an actor in Ireland is very challenging for me because I have to think in another language. I think theatre is the most difficult. I was involved in a small play here and in the beginning it was pretty hard… But it’s an amazing experience! 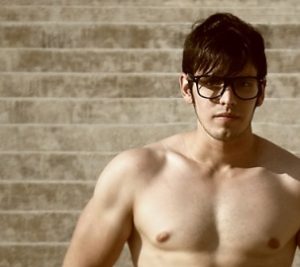 I usually start early in the morning. I go to the dressing rooms and just wait until they start shooting my scenes. Sometimes it may take a long time… It’s a little bit boring, but I read or eat something in the meantime.

Do you get to meet any celebrities?

Yes, I do, all the time. So far I’ve worked in two movies, and I usually talk with all the actors. I don’t know some of their names, but all the Irish actors that I’ve met so far have been really nice to me. I was even involved in a U2 video that was shot in Dublin some time ago, and I got to speak with the guitarist for about 3 minutes!

Your English has improved a lot since you came to Dublin. Do you have any advice for other students – how can they learn the language fast?

I think the best way to improve English is to keep studying and talking with as many people as you can. Never translate English into your own language – try to try to think in English. And if you start having dreams in English that’s a good sign!

And what are your top tips for finding a job in Ireland?

Be persistent and never give up! When I started looking for a job here it was hard, but I never gave up. Make a good CV and add a little picture of you at the top – I think it’s important! 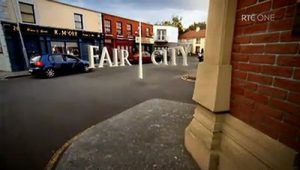 Where is Fair City?

Fair City is an Irish television soap opera shown on RTÉ One. Produced by the national broadcaster RTÉ, it was first shown on RTE One in September 1989. It is the most popular Irish soap opera, as well as the longest running. Plots centre on the domestic and professional lives of the residents of Carrigstown, a fictional suburb on the north side of Dublin. The show is now broadcast year round on RTE One in four episodes per week. Fair City is the most watched drama in Ireland as around 500 000 people tune in to watch the show daily. 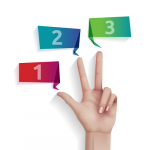 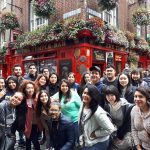 Student Survey and Focus Group at SEDABlog
Information regarding cookies. By using this site you agree that we may store cookies on your device.Ok