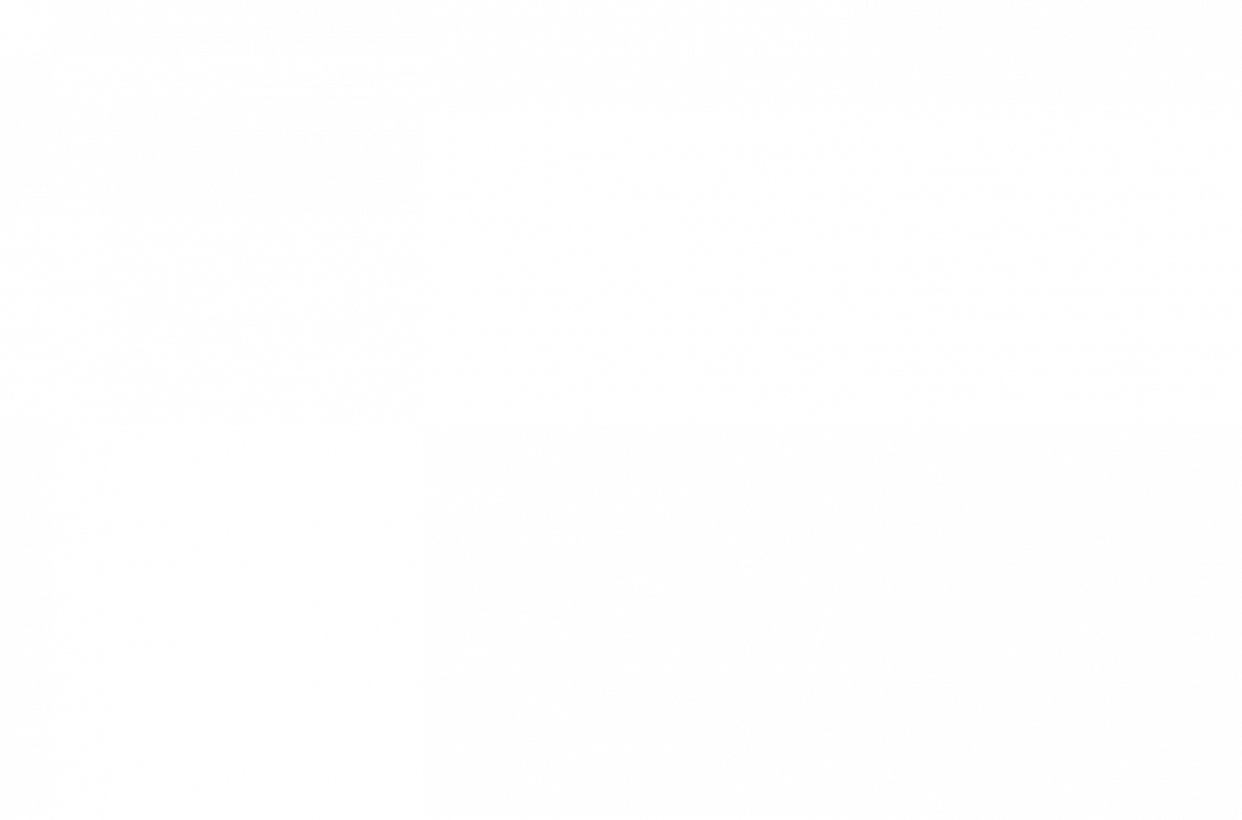 Studying abroad is a unique and incredible experience, right? Of course, it is. However, it is not only about learning a new language, traveling and getting to know people from different countries. It is about opportunities as well. That’s exactly what happened to one of our students. She was contemplated with a great opportunity. Get to know Daniela dos Santos’ story, a SEDA student who got accepted to study drama at Royal Central School of Speech and Drama in London.

–
READ MORE: 6 REASONS WHY YOU SHOULD TAKE A CAMBRIDGE EXAM
–

Earlier this year, more specifically in March, Dani was one of your teachers at SEDA’s acting class. She managed, together with two more friends, a big group of students who were craving arts. The class was a tremendous success and Dani was acclaimed as one of the best teachers by the students. 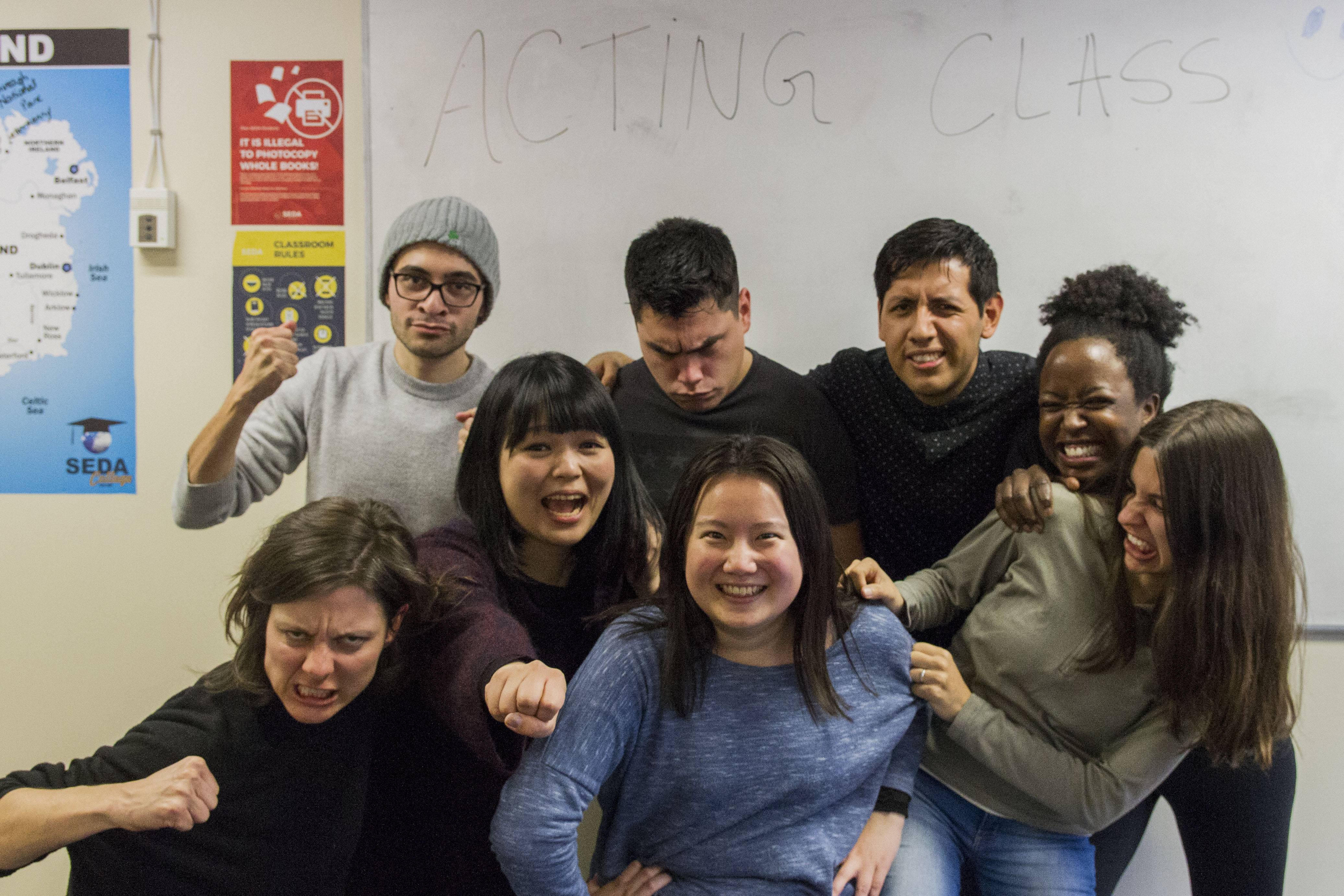 Dani on the right performing during SEDA’s acting class.

Apart from the acting classes, Dani also joined a parallel theater group. They used to rehearse every Monday at SEDA’s facilities and from these rehearsals, the group decided to perform a very flamboyant and eccentric play, with typical Brazilian dances, at St Stephen’s Green Park. Each member of the group played an element: fire, earth, water, and air. 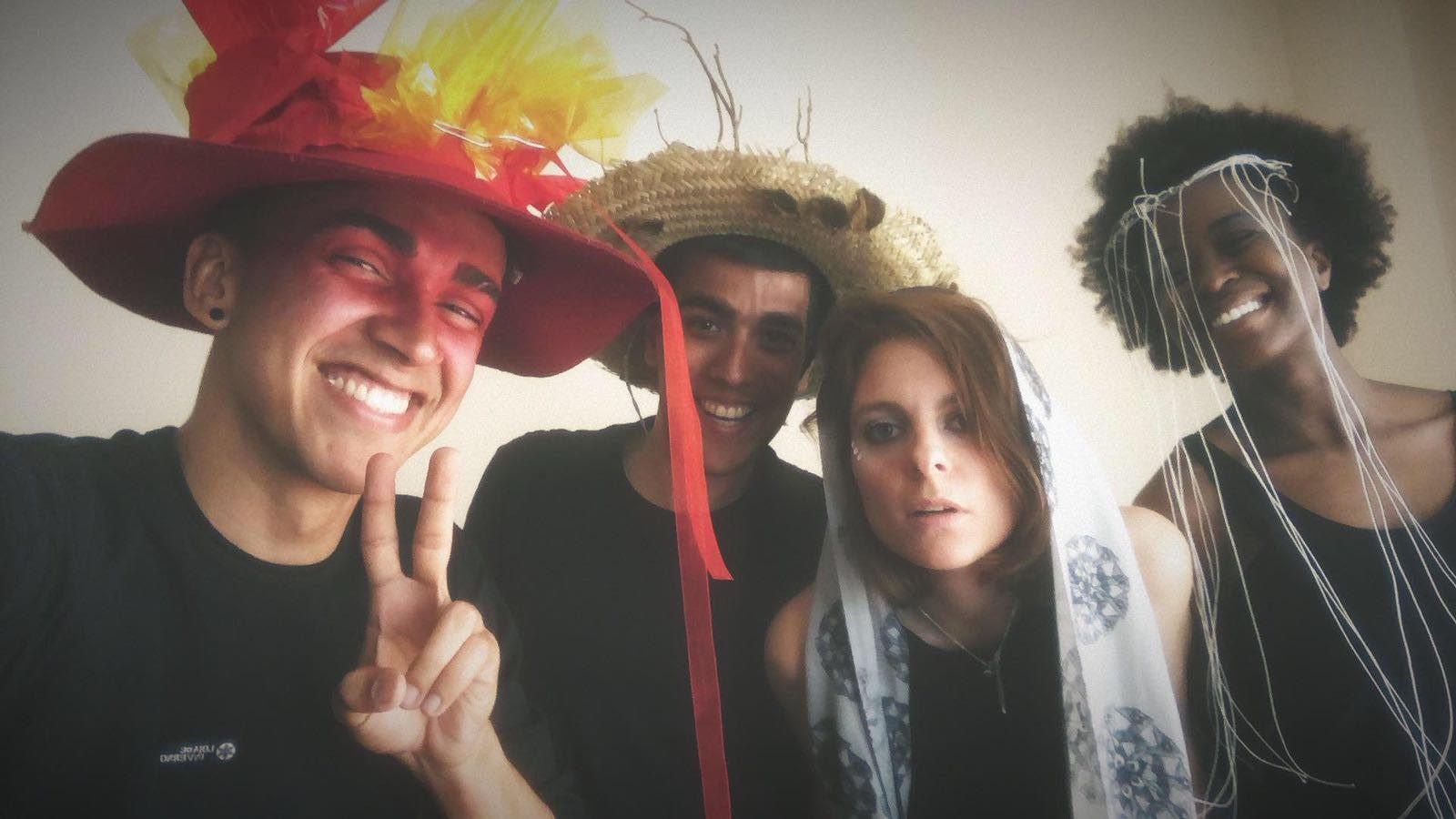 Dani performed as the water: 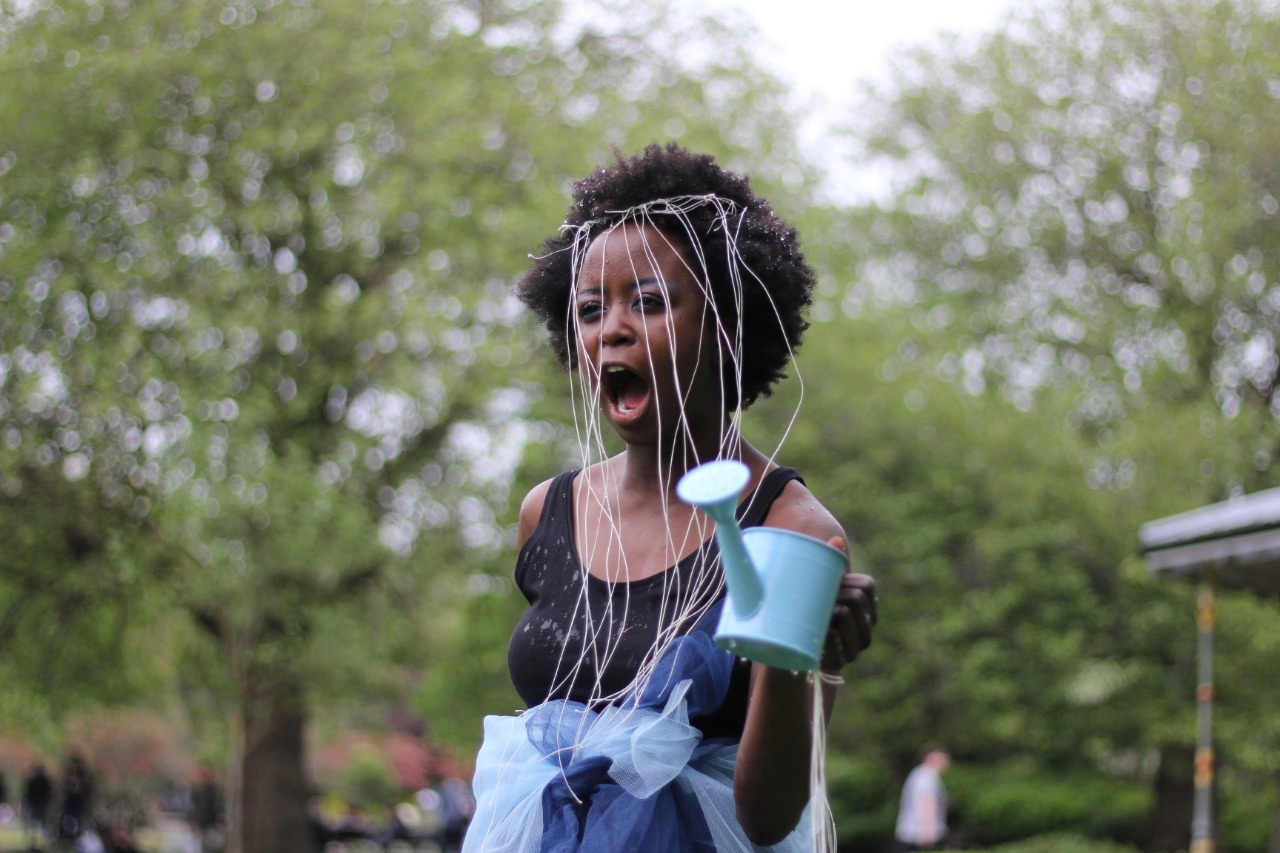 She wrote a bit of her story and all the processes she had come across before she got accepted to the university. Check below:

My name is Daniela dos Santos, I’m from Brazil and about two weeks ago I was a language student at SEDA College. I was asked to share a little bit of my story and here it goes. I have a degree in Social Communication – Advertising, and during the last 4 years, I worked as an Internal Communication Analyst. But eventually, I realized that this wasn’t my vocation and despite the fact that I used to love my previous job, I felt the necessity of looking for something else, so I resigned.

Studying abroad appeared as an opportunity for self-knowledge, fulfillment and a requirement to boost my career – no matter in which field this career would be. After extensive research, I decided to study at SEDA College for the competitive price, awards that SEDA had won, former students reviews and the extensive calendar of extra classes.

In the beginning, the plan was to return to Brazil, but a loss in my family led me to decide to stay in Europe and apply for a Master Degree in Drama. Oh, I forgot to say that also during the previous four years I had been enrolled in a certified theatre course and basically, now I am an actress with a professional registration. Now, guess what? I got accepted by the Royal Central School of Speech and Drama in London to study for a Master Degree in Advanced Theatre Practices.

Back up to the English course, this would never ever be possible if I hadn’t studied at SEDA. My English is completely different from the day I arrived, 7 months ago, when I couldn’t even understand the cashier at TESCO. However, the entire application process was in English – including a 30-minutes-length material that I had to record with the help of two friends of mine and the interview with the Head of the course.

Besides the regular classes, the extra classes really came in handy during this process: the pronunciation one was superb, the conversation and IELTS classes are a necessity, to say the least, and unusual classes, such as drama, guitar and meditation ones besides being joyful are amazing to make you speak English in unexpected ways and in a relaxing atmosphere, even if you are shy. Lastly, the friends of other nationalities that you make meanwhile make everything much more enjoyable. And suddenly you realize that is amazing being able to speak English!

I still have to learn a lot about the language (I’m working on it) and I do know that everything has its pros and cons, however, studying English is a worthy investment when you are committed to it and learning at SEDA was an enriching and amusing experience! 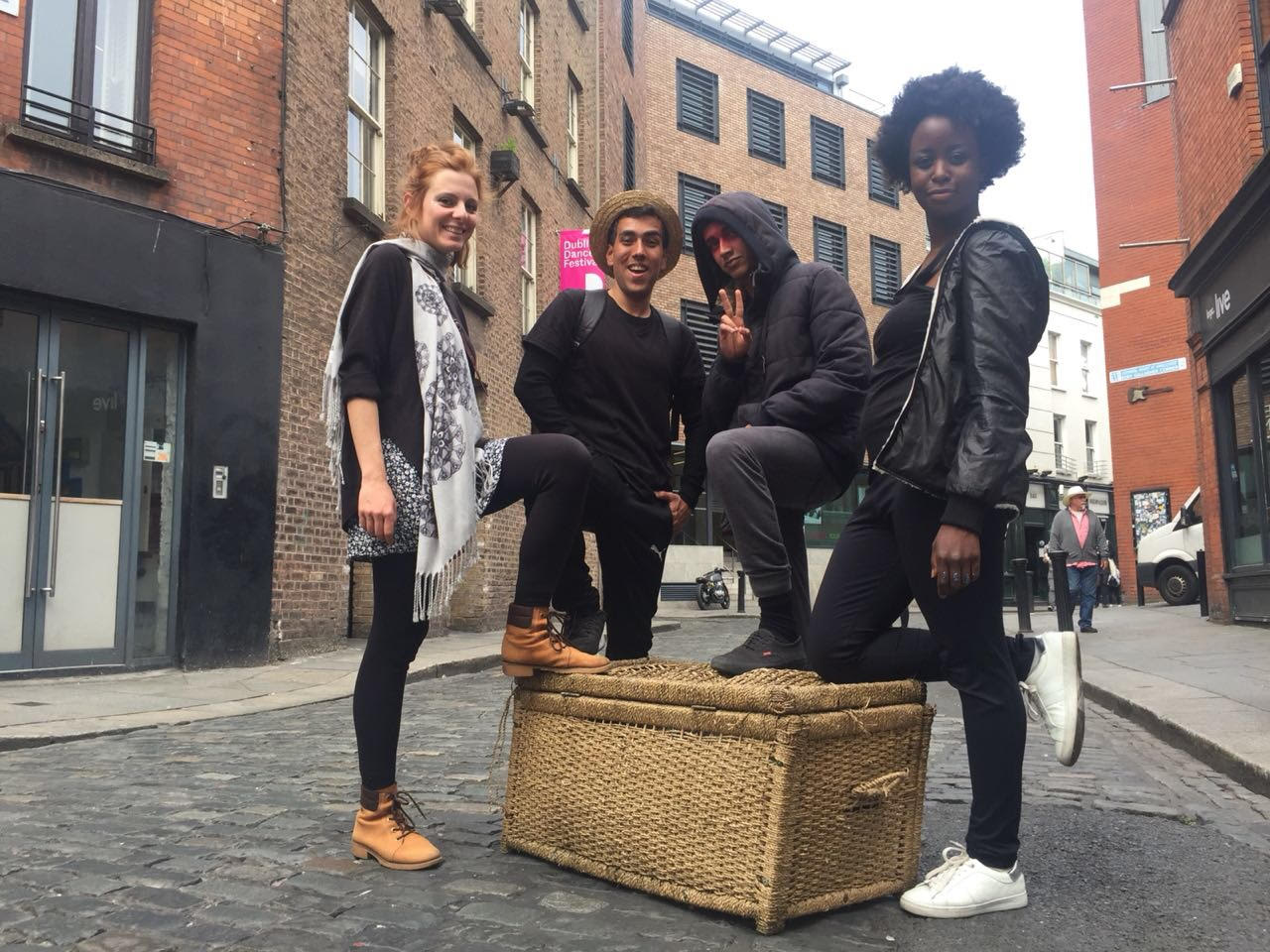 She is trying to raise money to afford her course at Royal Central. Please, visit the link below, where you can see details of her story and also donate: anything helps! 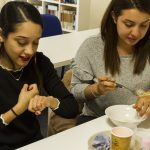 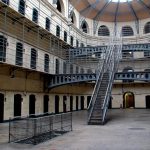 THE GHOSTS OF KILMAINHAM GAOLBlog
Information regarding cookies. By using this site you agree that we may store cookies on your device.Ok