Making plans to celebrate New Year’s Eve, it’s never easy. Your friends want to go to a club, your parents want you to eat with them, your girlfriend/boyfriend wants to celebrate new year with you… Be original and try to travel to one of these beautiful locations.

Travel to Dublin and drink the divine drink of the gods, named Guinness, in the original Guinness Storehouse.

On New Year’s Eve, you can go to the New Year’s ‘Eve Countdown Party and you can walk with the “People’s Procession of Light”. This is a procession in which hundreds of participants and artists light up the city with dazzling light shows, music and dance.

So, reason enough to cross the sea! 🙂

The city of love: Prague

In Prague, you will experience “The Prague Experience”. Go among the masses in the old city – or for the romantics among us from the “Charles Bridge” – to watch the fireworks.

This magnificent bridge, dating from the 14th century, connects the Old Town with the “Mala Straná district” across the “Vltava river”.

In short: it’s the most romantic place to celebrate New Year’s Eve with your loved one.

For the less romantic party animals among us: nightlife in Prague is top notch and not insignificant, very cheap!

For the most spectacular party you go to Berlin. Approximately one million party-goers travel annually to Berlin on New Year’s Eve to the “Brandenburg Gate”, where every year a huge outdoor celebration (Sylvester party) is held with spectacular fireworks, food and drink stalls, performances till the early hours and of course with the best DJs of the world.

Arrive a few days earlier to explore this beautiful city, which is rich in culture and book your party tickets on time!

The perfect New Year’s destination: either you go out ‘til the early hours near Puerta del Sol and Plaza Santa Ana or you’re going to dine at a restaurant with delicious food.

The highlight of New Year is the tradition of “Las doce uvas de la suerte”, or better known as the twelve grapes of luck. Hereby, along with other “Madridistas” at the “Plaza Mayor”, you need to put a grape in your mouth at midnight at every stroke of the clock.

According to its tradition, you will experience a year of prosperity and happiness.

Original and a party town: Bratislava

Are you a social person and do you like parties?

In this medieval town, just an hour away from the capital city of Austria, you can’t do anything else but partying.

On average 10,000 people worldwide travel to this magnificent city, which is divided on New Year’s Eve into concert zones and party zones where you have the choice to either dance or to socialize.

Large screens will be placed around the city in order to follow all the festivities around the world.

Do not forget to bring your “Rehtacka”, a wooden instrument to chase away the evil spirits of the past year. 😉

The cheapest way to celebrate a fabulous New Year can be found in the streets of Amsterdam.

On every street corner, there is a celebration and the champagne and fireworks are all popping like crazy. The never-ending street parties are very popular with not only the tourists but also the locals.

The places to be at that moment are the “Nieuwmarkt”, “Leidseplein” and “Rembrandt Square”.

For the charming town of Krakow, it is best you come a few days in advance. The reason?

For those who just cannot warm up because of the low temperatures, there is of course delicious Polish vodka. These can be found in all flavors and in different colors.

But be careful: handle with care! :-p 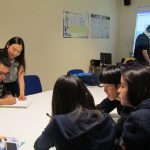 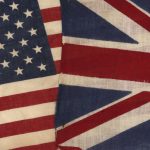 SO WHAT’S WITH THE ACCENT? In the English Language, I mean.Blog, Site, Uncategorized
Information regarding cookies. By using this site you agree that we may store cookies on your device.Ok